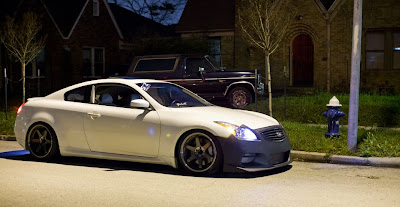 Please... I urge you to become aware. Wake up, people!
JDMphasis... Innovation over Imitation
Posted by BP at 5:00 PM No comments:

In a post acknowledging his 1,000,000th (!) page view today, Jay, of JDMEGO, stressed that there is much about the current state of modding to which he has become "numb." The increasing number of fake parts, corner cutting, and the perpetuation of these trends with weak "features" by weak sources are some of the factors I would assume contribute to this disappointment and burnt-out frustration. Comments on the JDMEGO web blog have been disabled for a few months now because of the non-desire of Jay to deal with the obtuseness, insensibility, naiveté, and ignorance of people posting. (Otherwise I would have posted my CONGRATULATIONS right there on his blog.)


Although hitting 1,000,000 page views may not be something worthy of too much revelry to Jay, I believe it is important to note that it is the Jays of the modifying world and the blogs like JDMEGO that inspire, encourage, and remind us all to enjoy modifying for what it is, to refuse to cut corners with our builds and, above all, to... DEFEND AUTHENTICITY.


So, humbly, JDMphasis would like to acknowledge this achievement of JDMEGO and say congratulations to its founder, Jay. Perhaps (and very likely) I am one of those individuals who takes this car stuff too seriously, but nonetheless, I hope Jay knows the extent to which he and his blog have influenced and stimulated my own passion. Thanks, Jay... 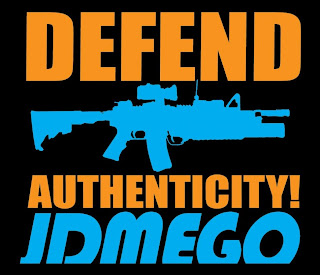 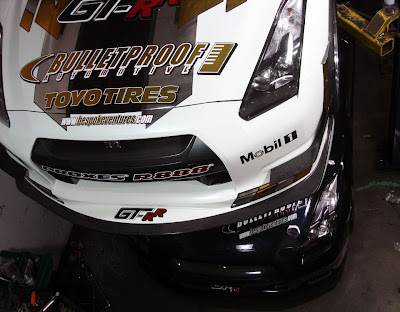 Bulletproof Automotive: Represent the Real
Posted by BP at 1:30 AM No comments: 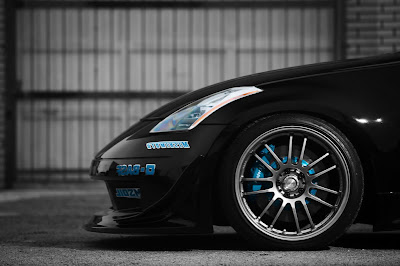 My compulsion towards the parts of the Japanese Domestic Market is not based on a personal assessment of performance superiority. It is about design, quality, and attention to detail. Likely my biggest obsession of the industry, Power House Amuse is quite possibly the superlative of JDM parts. Hardly boring or run-of-the-mill, the products that come out of their facility in Chiba are not simply functional components to be admired momentarily pre-installation, only to be forsaken shortly after brusque acknowledgment of any performance benefit or gain. Every Amuse part contains an all-too-real element of genuine automotive artistry.
Amuse R1 Silent Y-Pipe 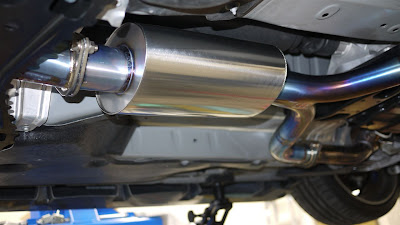 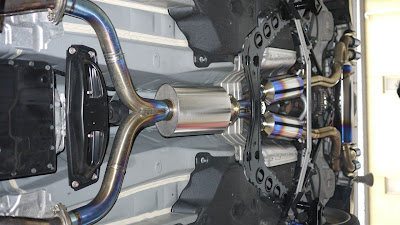 (Source: Carview Japan)
Posted by BP at 1:00 AM No comments: 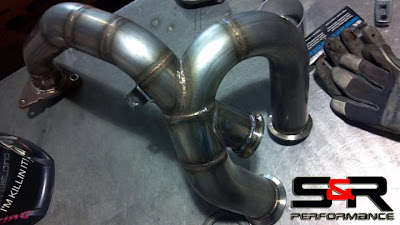 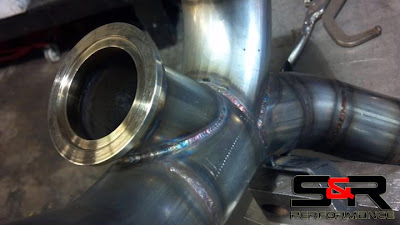 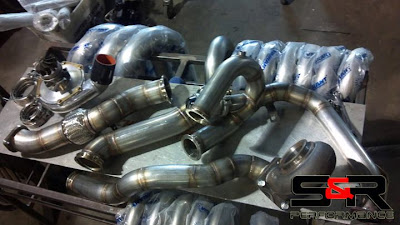 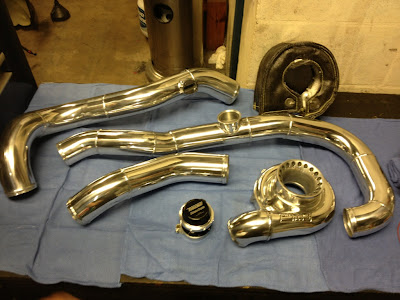 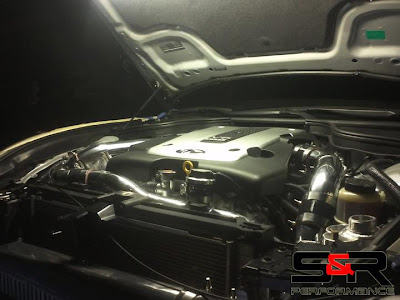 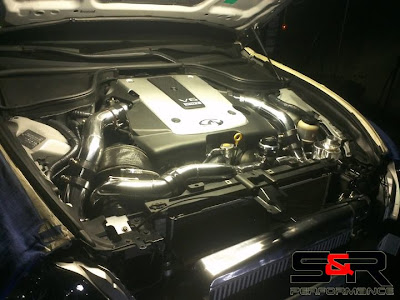 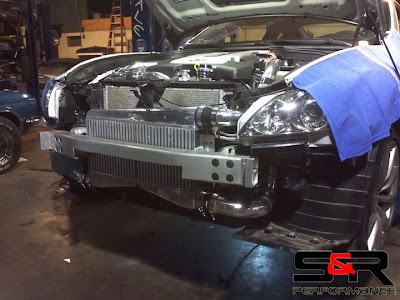 So many people walk around with a meaningless life. They seem half-asleep, even when they're busy doing things they think are important. This is because they're chasing the wrong things. The way you get meaning into your life is to devote yourself to loving others, devote yourself to your community around you, and devote yourself to creating something that gives you purpose and meaning.
- Morrie Schwartz, from Tuesdays with Morrie by Mitch Albom
Some JDM LOVE in one of Cupid's favorite colors...
Abflug RX-7 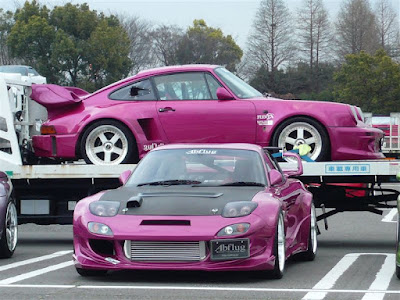 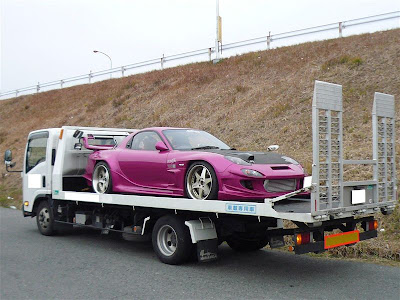 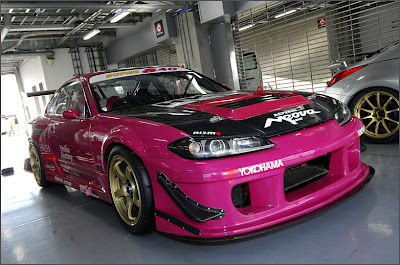 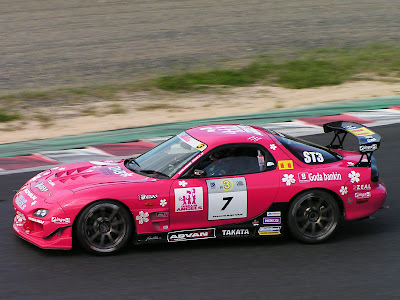 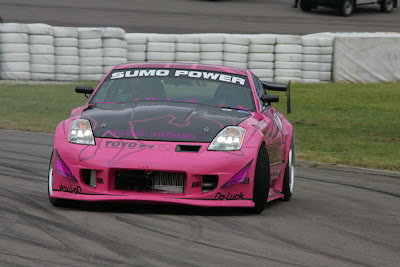 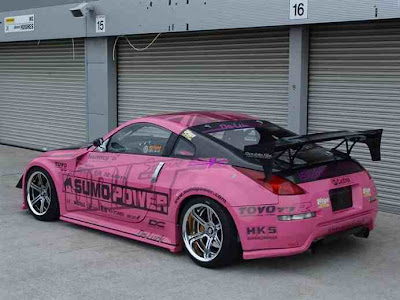 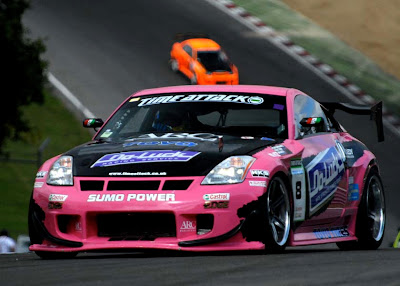 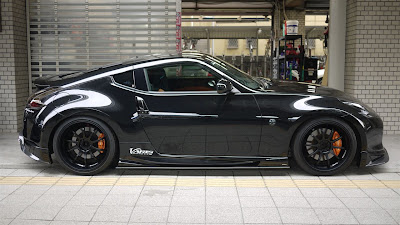 Infiniti 'actively looking at GT-R-based halo car'
Not quite sure how I feel about this just yet...
The biggest criticism upon which I have stumbled apropos the GT-R is the "cheap" interior. This is, without question, an area that would be addressed quite appropriately in the Infiniti version of this beast. Other than that, it is no secret that its supercar performance at an affordable price make the Nissan R35 GT-R a dream to the Japanese tuning fiend. On a parallel (yet much grander) scale of the G to the Z, I cannot see any Mount Fuji disguised GT-R touching, let alone surpassing, the R35 in any respect performance-wise.
I suppose I am just struggling to discern the target market for a car of this nature. The tuning enthusiast looking for bang-for-the-buck Nissan heritage and performance will not think twice about choosing the GT-R over any Infiniti branded clone. Right?
Of course, at this point, we have not the faintest notion as to the actual performance numbers and characteristics of this car, we do not know what it will look like, or just how much this re-badged GT-R will cost, but it is always fun to speculate. One could rather effortlessly make the argument that the interested parties will not be JDM tuning zealots. (I cannot seem to abandon the image of a refined, wealthy gentleman behind the wheel of this wolf in sheep's clothing.) Thus, the question ought to be posed, albeit perhaps a bit early... Will contrast-stitched leather and a numberless analog clock be enough to convince the distinguished cavalier seeking an adrenaline rush to opt for the Infiniti version of Godzilla over, not only the Nissan R35 GT-R, but, say, a Maserati GranTurismo? Mercedes-Benz CL? Cadillac CTS-V?
We shall see. (In three years or so...)
Infiniti Essence Concept 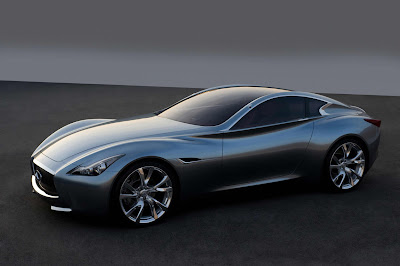 Some of the highlights and changes:

Other than these subtle revisions, the changes to the new Z are not too crazy. The Coupe and Coupe Touring will both be offered with the 332-horsepower DOHC 3.7L V6 engine with choice of 6-speed manual or 7-speed automatic transmissions.


Some interesting notes are that the Nismo Edition 370Z will not be available in the two new colors, they do not feature the new front fascia or rear reflector, and do not use the Euro-tuned shock absorbers. Only available in the 6-speed SynchroRev Match transmission, the Nismo 370Z features a sport-tuned exhaust, utilizing an H-pipe and an optimized ECM, putting out 350-horsepower and 376 lb-ft of torque. 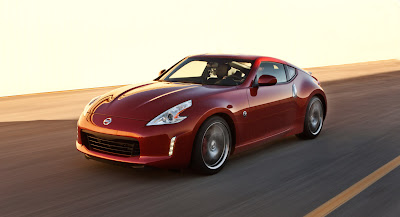 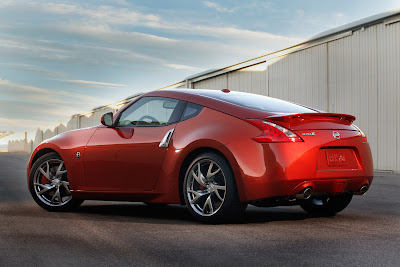 My compulsion towards the parts of the Japanese Domestic Market is not based on a personal assessment of performance superiority. It is about design, quality, and attention to detail. Likely my biggest obsession of the industry, Power House Amuse is quite possibly the superlative of JDM parts. Hardly boring or run-of-the-mill, the products that come out of their facility in Chiba are not simply functional components to be admired momentarily pre-installation, only to be forsaken shortly after brusque acknowledgment of any performance benefit or gain. Every Amuse part contains an all-too-real element of genuine automotive artistry. 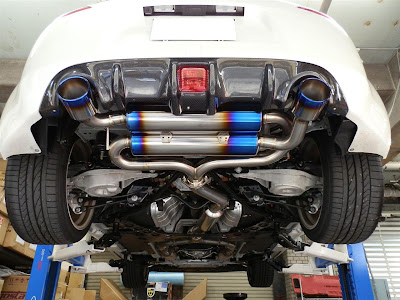 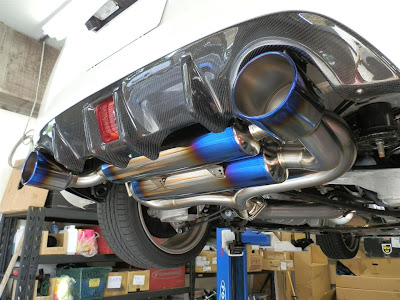