Clean and Classy: A Chicago NSX

My lastest kick is the NSX. I have always had a thing for this car. It is a pretty powerful statement when a car pushing twenty years old can still turn heads as if it rolled out of the showroom yesterday. Recently I have been combing the web searching for the best examples of this seemingly timeless Japanese sports car. After looking at a few, I turned to one of my old comrades from back in the days of the 350Z. Although we have never actually met, we used to correspond a bit via the Z boards. He moved on from his Nissan to a beautiful NSX. I recently got in touch with him and asked if I could feature his car on JDMphasis.


When this car first replaced the 350Z of Ginash George I knew it was going to be a notable project. His tastefully executed Z was magazine-worthy and well-respected within the community of Z enthusiasts. There was no reason to believe the NSX would be any different. The theme of this car was "clean." It is fair to say that theme has been achieved. A number of well-executed modifications have helped to position this NSX at an elevation above most others.


After rotating through two sets of Volk Racing wheels and a set of Advan RS rollers, this NSX is now rolling on a set of forged Advan RZ-DF wheels wrapped in Yokohama rubber with staggered sizes, 18" in the front and 19" in the rear. In my humble opinion, this is the best set-up to date. These beautiful wheels outline a set of StopTech brakes powdercoated to match the Imola Orange exterior of this NSX. 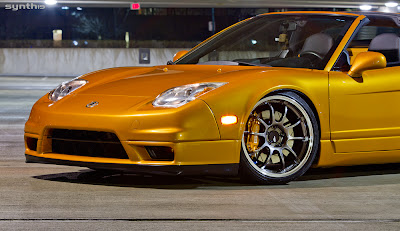 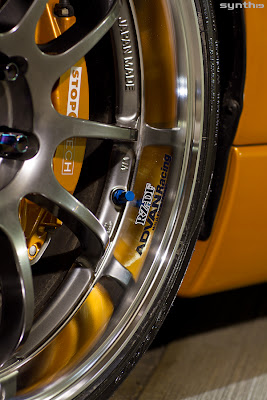 After pushing close to 500WHP on his 350Z, George decided to enjoy the reliability of a naturally aspirated engine with his NSX. That is not to say, however, that all performance modifications were relinquished. A rare GTone exhaust system frees up some airflow and adds a few horsepower to this beauty, as well as a certain dimension of audible pleasure. 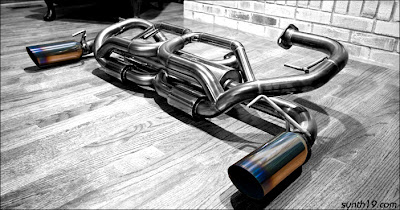 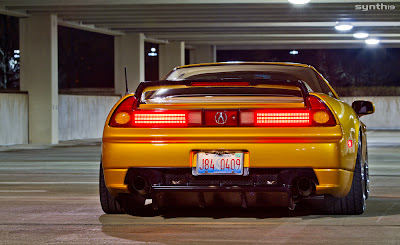 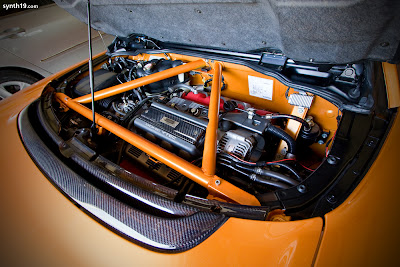 The suspension is not an area on which George skimped. Made up of Tein Flex coilovers, an Umbrella Auto Design variable ride height kit, and CompTech sway bars, the handling characteristics of this NSX are mightily improved over stock. 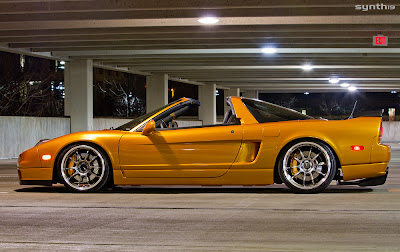 One of my favorite aspects of the modification done to this car is the interior. I would like to think that I had an infinitesimal influence on the direction taken here. As some of you know, the Recaro seats of my Z were a custom set. They were the Recaro Speed 'S' seat (similar design to my current Bride XAX II seats). At the time I ordered them, they were a new design for Recaro. To flow with the LeMans Sunset exterior of my car, I had them made in black leather/alcantara and I requested a double-stitch with orange thread. Recaro would not do that for me unless I supplied the thread. Thus, I contacted a thread company, had some samples sent to me and decided on a heavy-duty bonded upholstery thread and sent a tube of it off to Recaro so they could build my seats.


Shortly after I had parted out the Z and sold the seats, George had purchased his beautiful Imola Orange NSX and had begun the modification process. He sent me a few messages inquiring of the seats. Needless to say, the seats had been sold to someone else. For some reason, I don't think that took the wind out of George's sails because he one-upped me BIG TIME when he had Recaro build a custom set of Pole Position seats for him. To say that they are gorgeous is a drastic understatement. 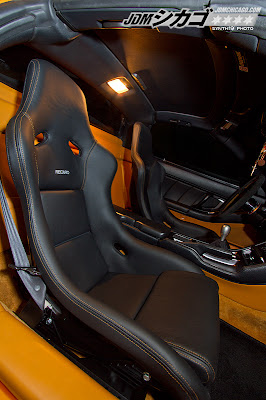 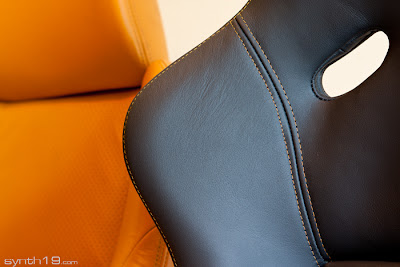 The rest of the interior is just as alluring... 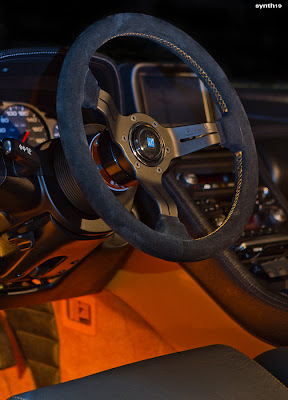 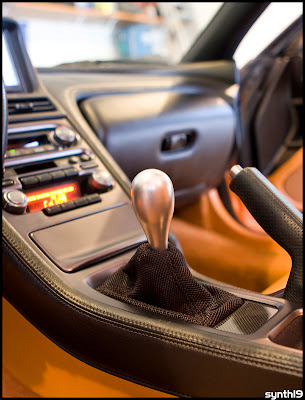 I am not sure what is in store next for this one-of-a-kind NSX, but I'm confident that it will be far from humdrum and vanilla. I can only applaud the owner of this timeless beauty for his modding taste and execution. I know that if I ever find myself in Chicago, I will be sure to look him up to admire this car in person. Thank you, Ginash George, for allowing me to feature this exquisite car. 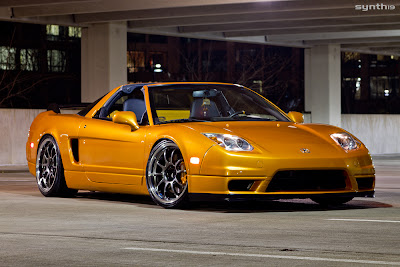 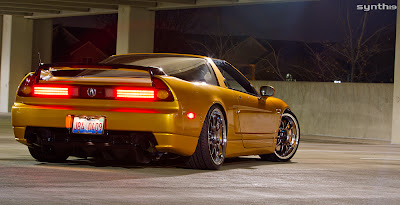 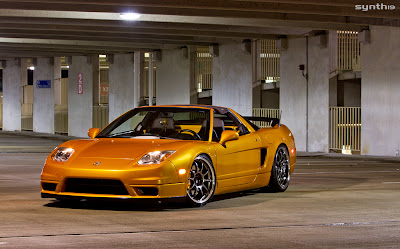 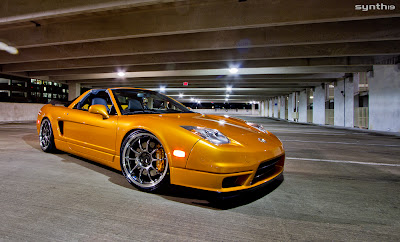 A complete list of all modifications and more pictures of this car can be found at the blog of the owner.
Posted by BP at 3:00 AM