I have not shared too much about the exhaust system that Amuse has been working on for me. If you have followed JDMphasis for any period of time, you are probably aware that I am basically enraptured by all things Amuse. As far as I am concerned, Amuse is next level. Of course, I had the custom quad-tip system made for the G (post here: Project G37S: Exhausted). When I purchased the Z, I did not plan on doing anything crazy with the exhaust. I wanted Amuse, of course, but I was just going to go with an "off the shelf" system. (Anyone who knows anything about Amuse, knows that there really is no such thing as "off the shelf," but you know what I mean…)

Well, things change. My plan for the Z all along has been to go with the INGS+1 Type E aero. I love that aggressive Super GT look. If you are at all familiar with the rear bumper of this aero, you know it extends out a bit more than the OEM rear bumper. (Stock photos below.) 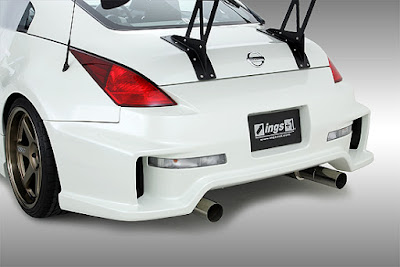 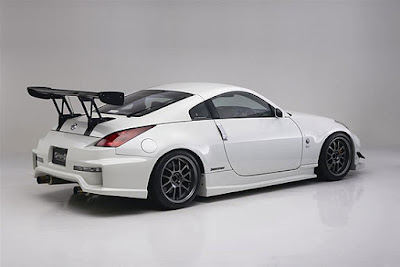 Since I have done the regular R1-Titan system from Amuse and the custom system for the G in the past, I decided to go a different route this time.

"Off the Shelf" R1-Titan System 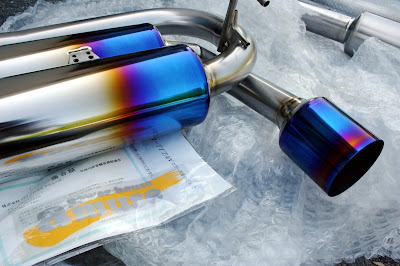 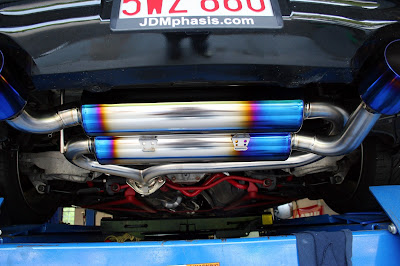 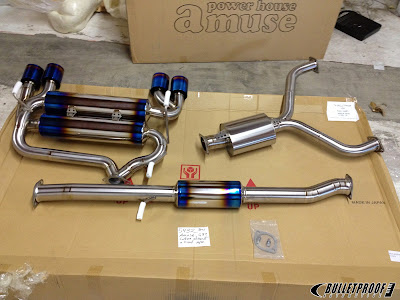 I have always liked the clean yet mean and aggressive look of the R1-Titan 'Black Edition' offered by Amuse. 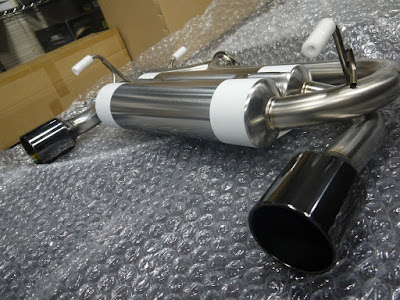 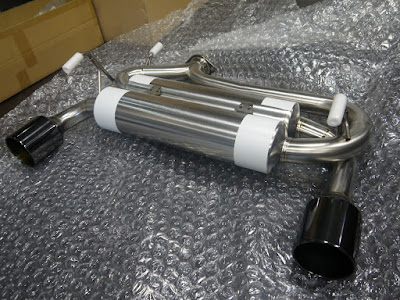 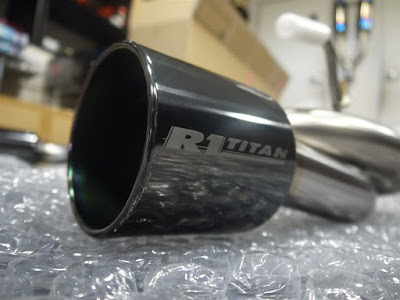 So… I spoke with my friends at Bulletproof Automotive about doing something unique for me. I told them that I like when the tips of the exhaust extend past the edge of the rear bumper; not obnoxiously long, but longer than the bumper. Bearing in mind that I would be using the more aggressive Type E aero, I asked if we could have the tips lengthened. My friend Bo took my idea and ran it by Amuse. They agreed that it should not be a problem. In short, I basically asked for the R1-Titan 'Black Edition' exhaust with longer tips. It turned out that Amuse had other plans. This is a portion of a correspondence I had with Bo in the early stages of the planning of this exhaust system.

You're not getting the standard 350Z Amuse R1 Titan exhaust. I thought you were at first but after discussing with Amuse, it makes the most sense to use the base exhaust for the NISMO spec Superleggera R1 Titan system and modify that for the standard Z33 platform. Then they are going to further customize the exhaust tips and then add the Black Titan coating. All in all, they're not just adding longer tips to a standard Amuse R1 Titan. It'll be a total custom system for you which is why they dubbed the name "Super Custom Leggera R1 Titan Extra." 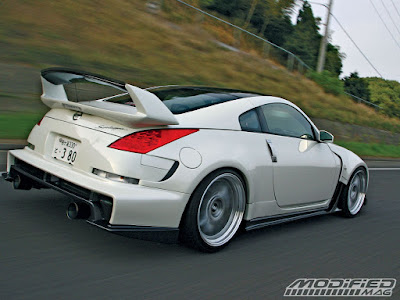 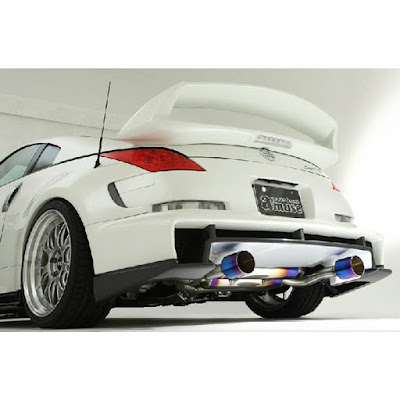 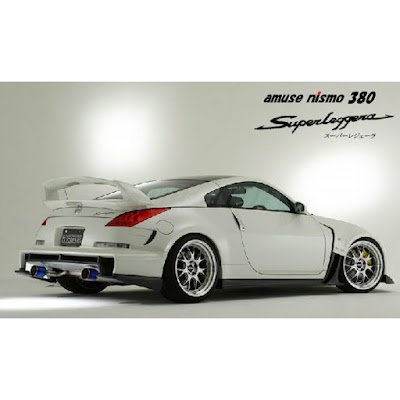 That sounded pretty appealing to me. So, after discussing and planning for months, I finally placed the order in either late March or early April. I knew there would be a long lead time, but that did not really bother me as 1) I am not in a huge rush with this project and 2) the car is still in stock form anyway. I am embarrassed to admit that I have logged less than ten miles on the Z since I have owned it - well over a year. It has not even been inspected in my home state.

Anyway, I just recently received another email from my buddy Bo at Bulletproof with an update on my parts that are resting peacefully at their warehouse, as well as an update on the exhaust.

As for the exhaust, that is actually the final piece we're waiting on for your order. We DID actually get that order into Matsui-San who personally built your exhaust by hand. Matsui-San usually does all of the special projects and custom exhausts himself which is really cool. Again, he dubbed it the Powerhouse Amuse R1 Black Titan Super Custom Leggera Exhaust. It's an unofficial name being that this is a custom one-off system but I thought it sounded pretty cool.


Wow. To have the man Matsui-San himself working on my exhaust system -the part that will eventually end up on my car, is pretty humbling. That is something, as someone who respects Amuse and their artistry and attention to detail the way I do, on which you cannot put a price tag. There are no words. It is truly amazing.

That said, one final aspect of the system that I had a say in was the placement of the logo. I chose to have the logos placed on the tops of the tails, as opposed to the sides. So it should look something like this: 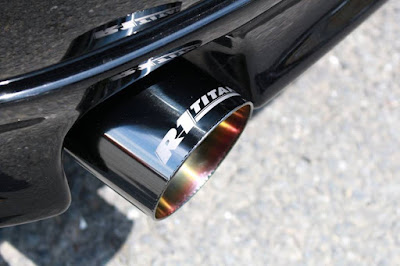 Needless to say, I am beyond excited to see the final product. More, I am excited to get going on this build.

JDMphasis… Innovation over Imitation
Posted by BP at 11:30 AM