I am quite sure I have shared similar sentiments in the past, but it bears repeating - I think, when one owns a certain vehicle, he becomes a bit more critical and/or discerning when it comes to the modification choices of others who own the same vehicle. I believe, to a certain extent, that is human nature. There are few current Z33 and V36 builds that I would be willing to designate as quality builds. I do not believe that is necessarily because I am a "mod snob" or because I promptly discredit a car that features a replica or knock-off part (however true that may be). Owning the same vehicle or having a history with that vehicle and knowledge of that vehicle and its aftermarket cache allows one to be just a bit more particular.

I have blogged previously that I am not all that crazy about the bolt-on fender craze of the past few years. There are few vehicles, in my humble opinion, that can pull it off. Often the cars end up looking like a hacked-up shadow of themselves with no flow and little harmony, if I can use that word to describe the appearance of an automobile. I am all set with the bulky transformer-esque similarities when it comes to aero. It goes without saying, but the modifications of this G do not have me face-palming.

This V36 coupe makes me miss my own. I do not know Jon personally, but if I had to guess, I would say he is a bit of a perfectionist when it comes to the appearance of his vehicle. Working in the automotive paint business probably does that to you. Some readers may remember a few shots I shared of Jon's beautiful Zele carbon fiber front bumper back in January of 2015 - Done Right. Attention to detail and precision were clearly a point of focus for Jon when he resprayed the car and widened it with Liberty Walk fender flares. I would imagine there is an added amount of pride that goes into a project build when you, as owner, are the one doing the work. Jon has done all the work on this G himself. From the Tricoat Black Crystal custom paint job to the Liberty Walk, Zele, and Burnout aero and gorgeous SSR Professor SP3 rollers, the exterior of this V36 coupe is on point. Additionally, the engine bay of this sleek coupe is riddled with titanium ARC bits and appears to be meticulously maintained. As an auto enthusiast, there is little better than seeing a personal project executed with care, clarity, and vision. I wonder what is next... Keep doing your thing, Jon. 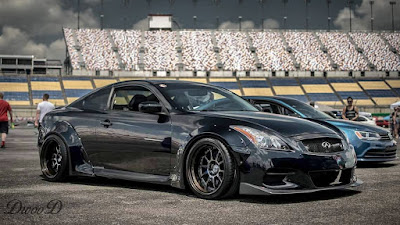 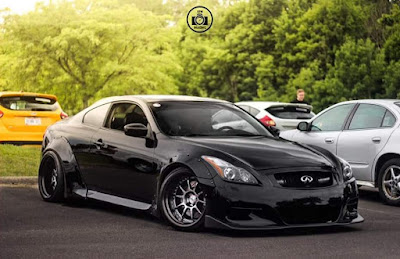 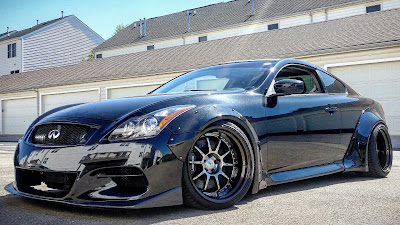 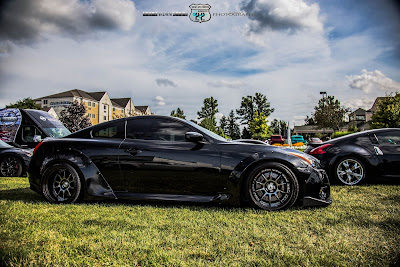 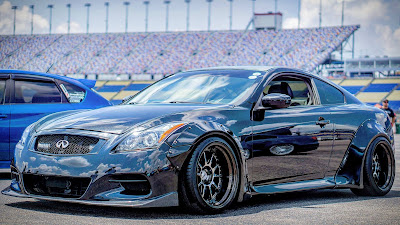 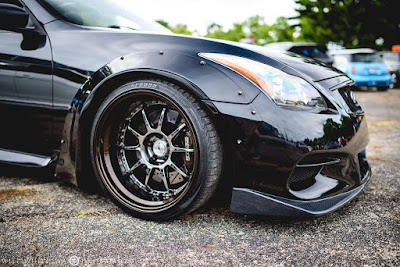 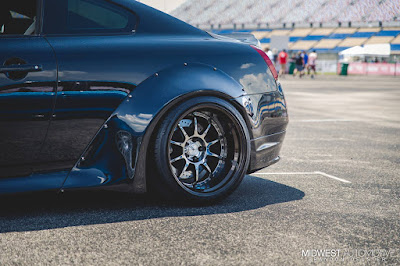 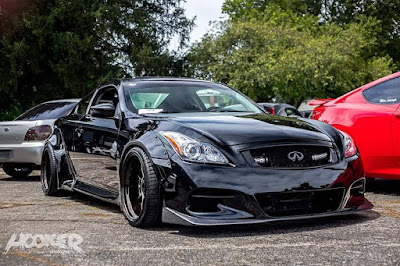 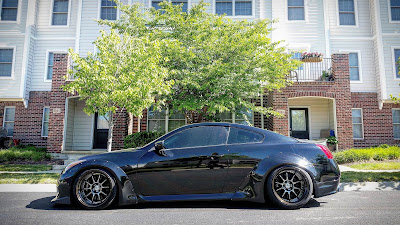 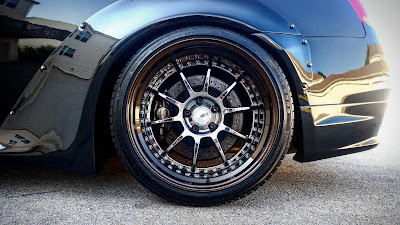 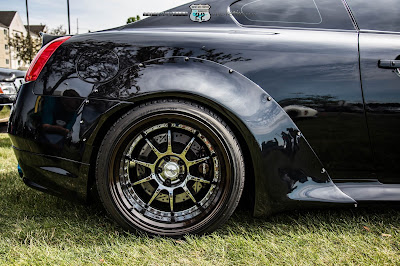 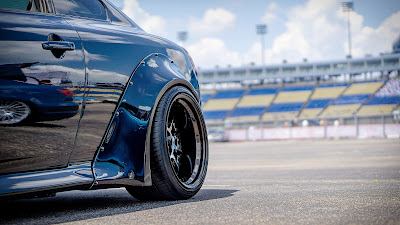 Oh, and of course… Support for JDMphasis. (Thanks, Jon.) 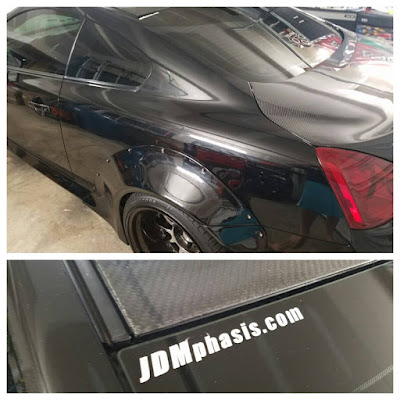 JDMphasis… Innovation over Imitation
Posted by BP at 9:00 PM