A pro-authenticity post published by JDMphasis a couple weeks ago garnered some internet attention. It was shared on a few different pages, forums, and blogs. It quickly became my most-read post. As expected, there were plenty of people denouncing the message as "condescending," suggesting that I was "butt-hurt," and, among other things, "elitist."

When taking a stance in this never-ending debate, one opens himself up to scrutiny and ridicule. I understand that. It comes with the territory. Nonetheless, though this topic is one about which I am passionate, I try to express my opinions with a moderate ration of tact and civility. I understand there will be name-calling, "trolling," and even physical threats. (Someone commented something to the effect of "knocking [my] teeth down [my] throat." Yes, and I'm the "butt-hurt" HATER.) In the past, I have had foolish internet threats against my family, as well. However, this does not change my stance. Skimming some of the comments of that particular post, one cannot help but wonder if people even took the time to read the post, as points unrelated to the topic at hand were often addressed, and, at times, I feel as though I was credited with opinions that I, in fact, do not maintain.

As I wrote in that post, I acknowledge that replica companies are not going anywhere. It is the choice of the consumer to outfit his or her car with whatever parts they desire. I cannot tell people how to spend their money. That does not mean that I cannot encourage enthusiasts to support the true talent of the industry; the innovators who take the risks, not the opportunists who steal proven designs. It also means that I can attempt to explain the foundation of my opinions.

The "Business is cutthroat. That is the way it has always been," justification is one with which I cannot argue. Business is cutthroat. I know this to be true. I am actually in favor of competition in the marketplace. However, I also believe there is a certain degree of ethics, morality, judgment, and consequence that comes with personal decision-making. We do not often consider the longterm repercussions that accompany our actions. I, for one, choose not to reward the people and companies who undermine the pioneers of the tuning industry.

I have mentioned this in previous posts, but it is worth mentioning again. And again. And again... The Japanese tuning industry is a narrow order. The enthusiast base is small, relatively speaking. Thus, when people attempt to compare the theft of aero designs to Rolex, Coach, or Coca-Cola they are comparing apples to elephants. It is not the same thing. Rolex, Coach, and Coca-Cola are huge multi-billion dollar corporations. If there are people who find this hard to believe, I would suggest approaching 100 random strangers on the street and ask them if they have ever enjoyed an ice-cold Coke, seen a Coach purse or been in a Coach store. Ask them if they would love to own a Rolex watch or know someone who does. I would be willing to bet they will have an answer for you, even if it is of dissenting nature. They will have an answer because they have a frame of reference. They KNOW these companies. Then ask them if they like the new Z34 Varis aero designs. Ask them if they prefer the Advan GT over the Volk Racing TE37. Ask them what they think of Rocket Bunny, Zele, Power House Amuse, Do-Luck, C-West, and Top Secret. If there are five people who do not look at you as if you have three heads; who have an iota of a clue about what you are talking, I will be shocked as well as impressed.

Yes, replicas happen. Yes, these money-hungry companies will continue to stand on the sidelines and wait until the real innovators of the industry have done their research, have done their testing, have done their developing, and have come up with a widely-acclaimed design that everybody loves. And, yes, only then will they copy it. Zero risk. All reward. The difference between Rolex having one of their watches copied and Varis having their aero designs replicated is that Rolex is such a large corporation that they will survive. Rolex makes close to $5,000,000,000 (Yes, billions!) annually and they have close to 3,000 employees. I believe Varis, with their handmade-to-order aero components, has somewhere between 8 and 12 employees. Apples and elephants. Another scale? Social media. Just look at Facebook LIKEs. Rolex has more than 2,000,000 followers on Facebook. Varis has just over 25,000. In other words, though hardly based on a precise scientific analysis, the fan base of Rolex is somewhere north of 80 times larger than that of Varis. Not twice as large. Not three times as large. Not eight or even ten times larger… Eighty times larger. 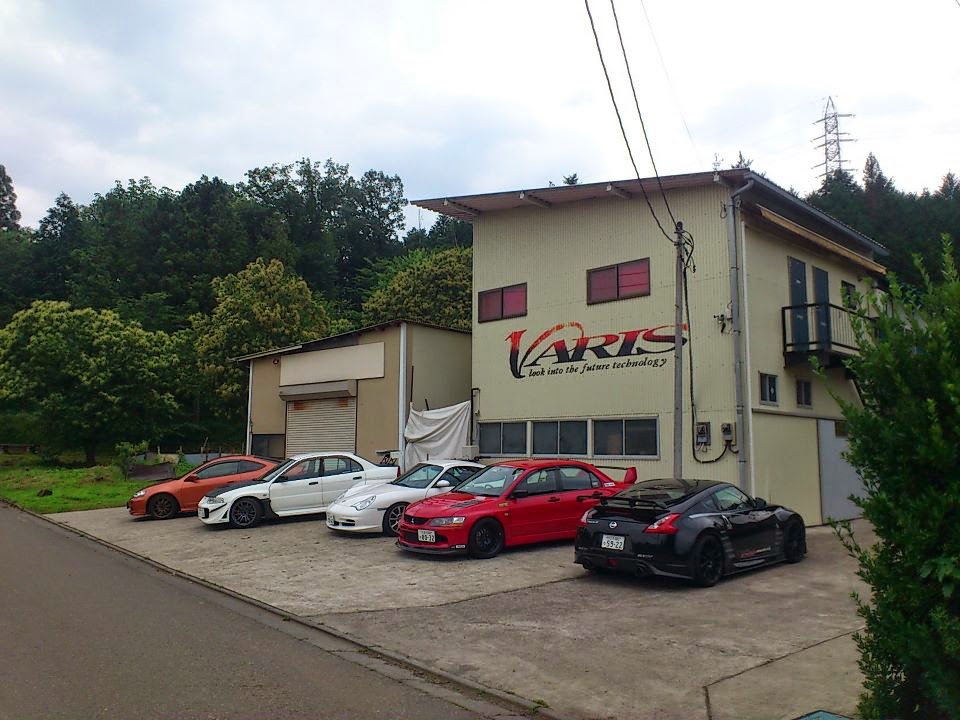 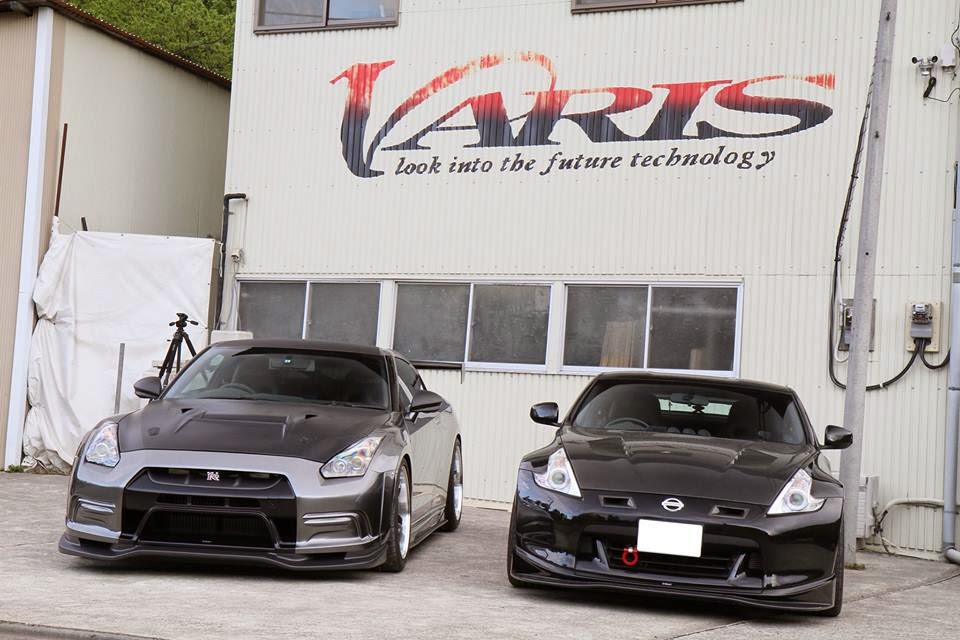 I addressed the issue of quality in that post, as well. I stated that, though I firmly believe authentic parts to be of superior quality overall, that there are, in fact, some replica parts that are of decent construction. My denouncement of replica parts is not based on their construction or lack of structural integrity. Yet, an abundance of "I have put 497,000 miles on my Rotas over the past six years and never had a problem…" justifications surfaced. That is wonderful. Despite my strong dislike of replica wheels, I am, in fact, glad to know that your replica wheels have not failed and put you, your family's, or the well-being of the people with whom you share the road in jeopardy. Shocking, I know since I am just a hater. Though my argument against fake parts is not based on quality, it should be noted that it does not take a metallurgist to arrive at the indisputable conclusion that because one specific set of replica wheels has not failed that they are all beyond skepticism.

Another justification for corner-cutting that popped up in many of the comments of my previous post was something along the lines of "Not all of us have $3,000 to spend on wheels." Again, I understand the concept of a budget. No, we all do not have access to unlimited funds. However, the point I was attempting to make is that if one can allocate funds for replica wheels, then they can just as easily save for the real thing. Yes, it will take a little longer to be able to afford the real wheel, but is that not what is desired to begin with? I addressed this in the first post, but many of the excuses for buying fake wheels seemed to suggest that there are only two options: 1) The Real Deal or  2) The Cheaper Option Made to Look Exactly Like The Real Deal. This is one excuse that is just absurd. I can understand the notion of not wanting to spend top dollar on a set of wheels. What I cannot understand is the spin put on it that suggests buying a copy of that $3,000 set of wheels is the only alternative. There are plenty of other options that would fall into just about everyone's price range other than a wheel that is made to look like an authentic wheel. Replica wheels are NOT the only alternative. That is nothing more than a bold, irrational, ridiculous excuse. "I want the look of the real thing. I want it now. I don't want to wait and save up the money."

Encouraging support of innovation and authenticity is not "elitist." People do not like to admit that they are faking the funk. People do not like to acknowledge that they are cutting corners. The idea of having one's devotion to their hobby of auto tuning and modification called into question because they choose to give their hard-earned money to a larcenous company that has done NOTHING to earn it, quite simply, offends people. It provokes immature name-calling, threats, insults, and, of course, justifications and excuses. However, this debate is not about a style or a trend. It is not about a fad. It is not a debate about stance or Hondas or imports versus domestics. It is not a debate borne from opinion. It is about fact. Tuning shops in Japan suffer when they have their designs stolen. Insolvency is a real possibility for many of these shops. They are not huge corporations and when their intellectual property is stolen shortly after it is developed, they feel it. (Consider that Kei Miura, T.R.A. Kyoto, has said that it takes upwards of one month to develop a full prototype aero kit for one platform. One month. One kit.)

This is why this topic is one about which I am passionate. This is why I urge enthusiasts to consider saving for just a little while longer and choosing to buy the authentic part over the replica. Do not buy authentic parts because, as some close-minded zealots will suggest, you are an "elitist label whore" or a "yuppie." Buy authentic parts because you care about the tuning industry; because you have an earnest desire to support the company that put in the hard work to bring that part to reality. Buy authentic because you, as an enthusiast, take pride in your build and would like to put the best parts on your project; not parts whose sole intention is to fool and deceive by resembling exactly something they are not.

JDMphasis… Innovation over Imitation
Posted by BP at 7:00 PM