The Next Chapter… Project FD

A little more than ten months after starting the part-out of the G, on the exact day that I sold the very last part from it, my new project arrived. I am very excited to see what the future holds for this car. Unlike many enthusiasts out there who can tell you exactly what their next project will be at any given moment, when I began my search, I was not sure. To be honest, I had planned on taking more time away from the tuning scene to be a "financially responsible" adult.

Though I have accomplished a couple of my short-term financial goals over the past few months, that plan did not exactly pan out. You only live once, right? In the short time that has elapsed from the time I decided to part out and sell the G to today, I missed having a project. I missed the planning, the researching, and the saving. I missed knowing I had an immediate escape; an escape that is a source of pride.

Before finding this car, I considered many different platforms. If you follow JDMphasis, you know that I am a big Nissan fan, so, of course, I considered another Z. I looked at a few Z34's, privately owned and dealer cars, modified and stock. I found a 1993 Toyota Supra at a local dealership, as well. I had some correspondence and considered that platform. These potential vehicles, however, though intriguing and enticing, extensive build plans taking over my brain as the deliberation continued, would ultimately end up costing me more than I wanted to spend (There is that responsibility pang kicking in…), especially being as scrupulous as I am.

So, I began focusing my attention on more affordable cars. I looked briefly at the FR-S. I actually liked that car and the plethora of aftermarket attention was insanely appealing. I even contemplated buying another Z33 (especially after I caught a glimpse of the new BenSopra kit). These cars were realistic possibilities. However, I have always gravitated towards FD's.

Some of you may know that I actually owned an FD3S RX-7 roughly ten years ago. That was a short-lived venture. It all ended when I let a friend drive the car. To make a relatively long, detailed story short, a road rage incident sparked a loss of traction and a spin-out. I was not wearing a seatbelt. The passenger side door became one with a telephone pole on the opposite side of the road. My head went through the windshield and I was knocked unconscious. I came to in the emergency room and I could not answer the questions from the doctor as to what day it was or even my middle name. Of course, I suffered a bad concussion, some broken ribs, some minor internal bleeding, and a few cuts and scrapes. I also found myself, usually in the shower, picking pieces of windshield glass from my head for weeks following the accident. I was lucky. The car? Not quite as fortunate. I digress…

I believe I became 100% set on an RX-7 as my next project in October and searched daily for the right car. I searched for months. eBay, Craigslist, forums, and multiple other websites and online resources… It was a daunting and discouraging task attempting to find an FD that was in decent shape without too much aftermarket molestation. As with every other platform, there were many RX-7's out there whose owners had cut corners with the parts they put on their cars. I was not interested in fixing someone else's screw-ups, so I became very particular with the cars that I would consider. I believe I was extremely lucky to find a rotary enthusiast who happened to be selling his RX-7 to fund a 1972 RX-3 project. (On top of those two cars, he owns three other rotaries, as well.) After corresponding and negotiating with this gentleman for roughly a month and a half, we worked out a deal and the car arrived two nights ago. Everything seemed to line up for this transaction to take place. I am quite happy. 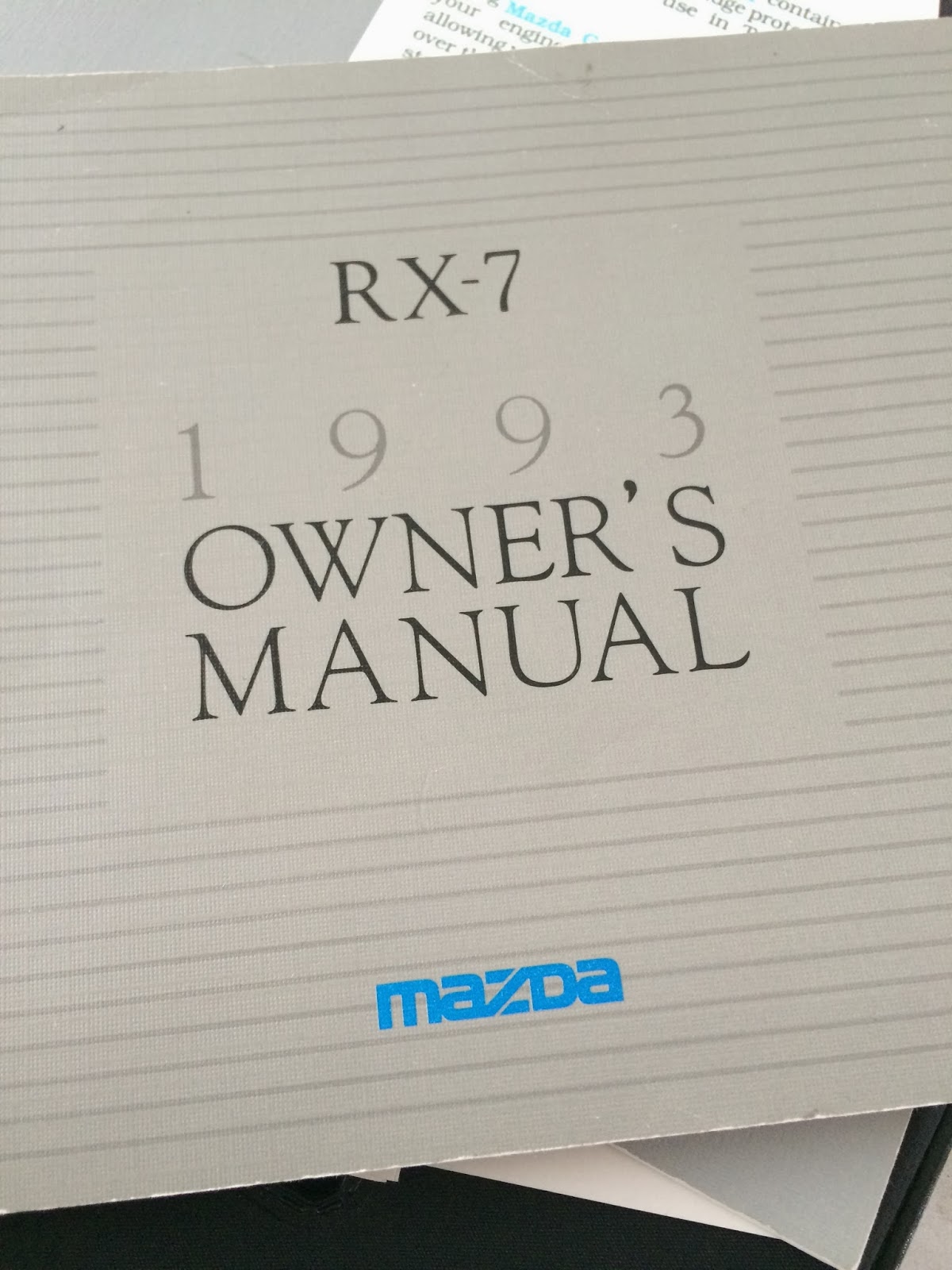 I took delivery of a beautiful Silver Stone 1993 Mazda RX-7 Touring with manual transmission and 14,7XX original miles. Due to the tough winter we are having up here in the northeast, of course, it was raining when the car came down from the trailer. It went directly in the garage and has been there since. I am hoping to get it registered at some point this week and I will try to get some pictures. As might be expected, I have some plans for this car. I do not know everything I am going to do to it just yet, but, rest assured, no corners will be cut; only real parts from legitimate companies. That said, I am going to attempt to be vigilant in an effort to keep it stock for a while before I change anything on it. It is not a daily driver, but I would like to enjoy driving the car for the car (if that makes sense…) before I start modifying it. Thus, I would like to see if I can make it six months before ordering any parts for this car. That may prove to be an onerous challenge, but we'll see… 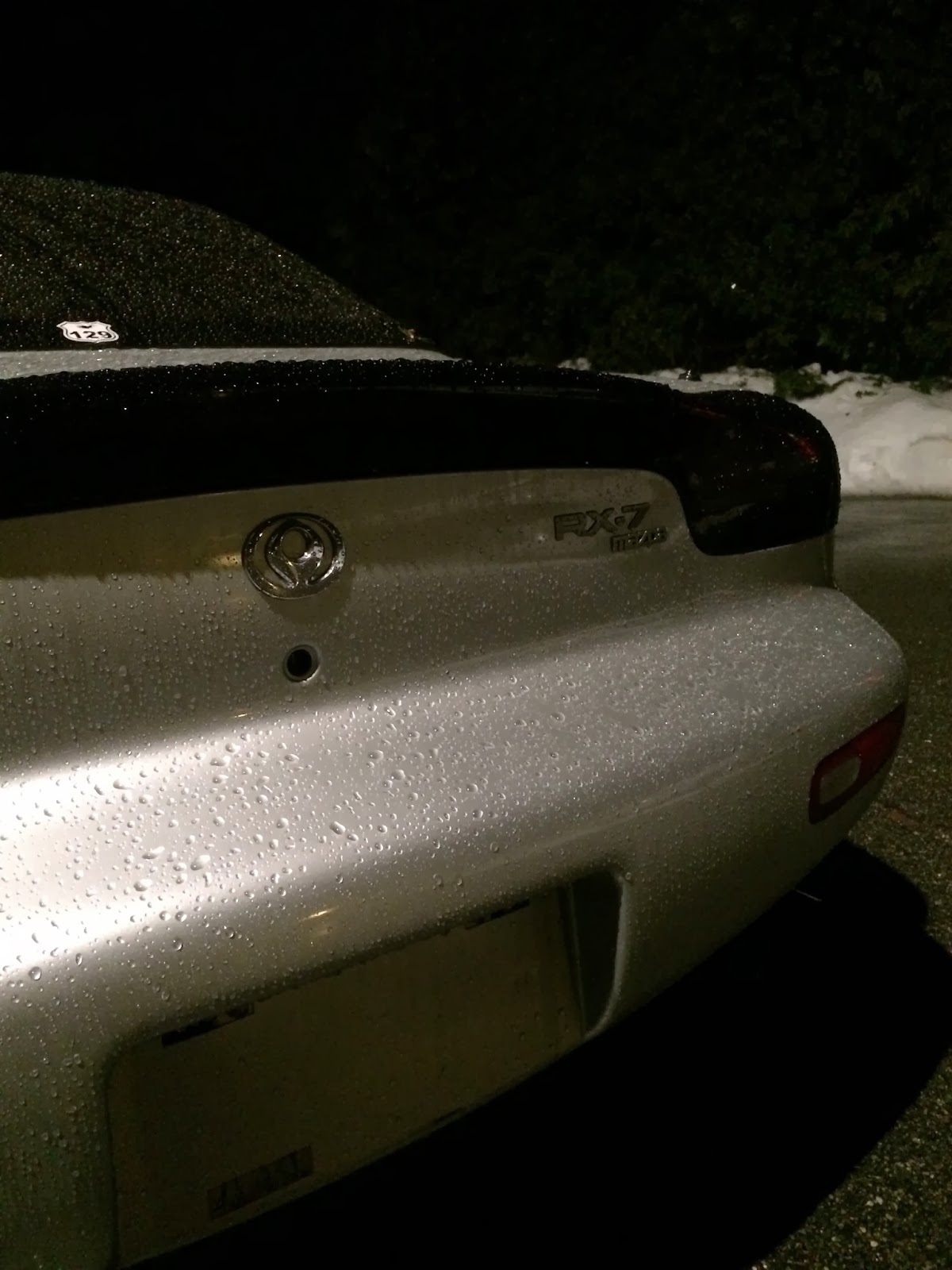 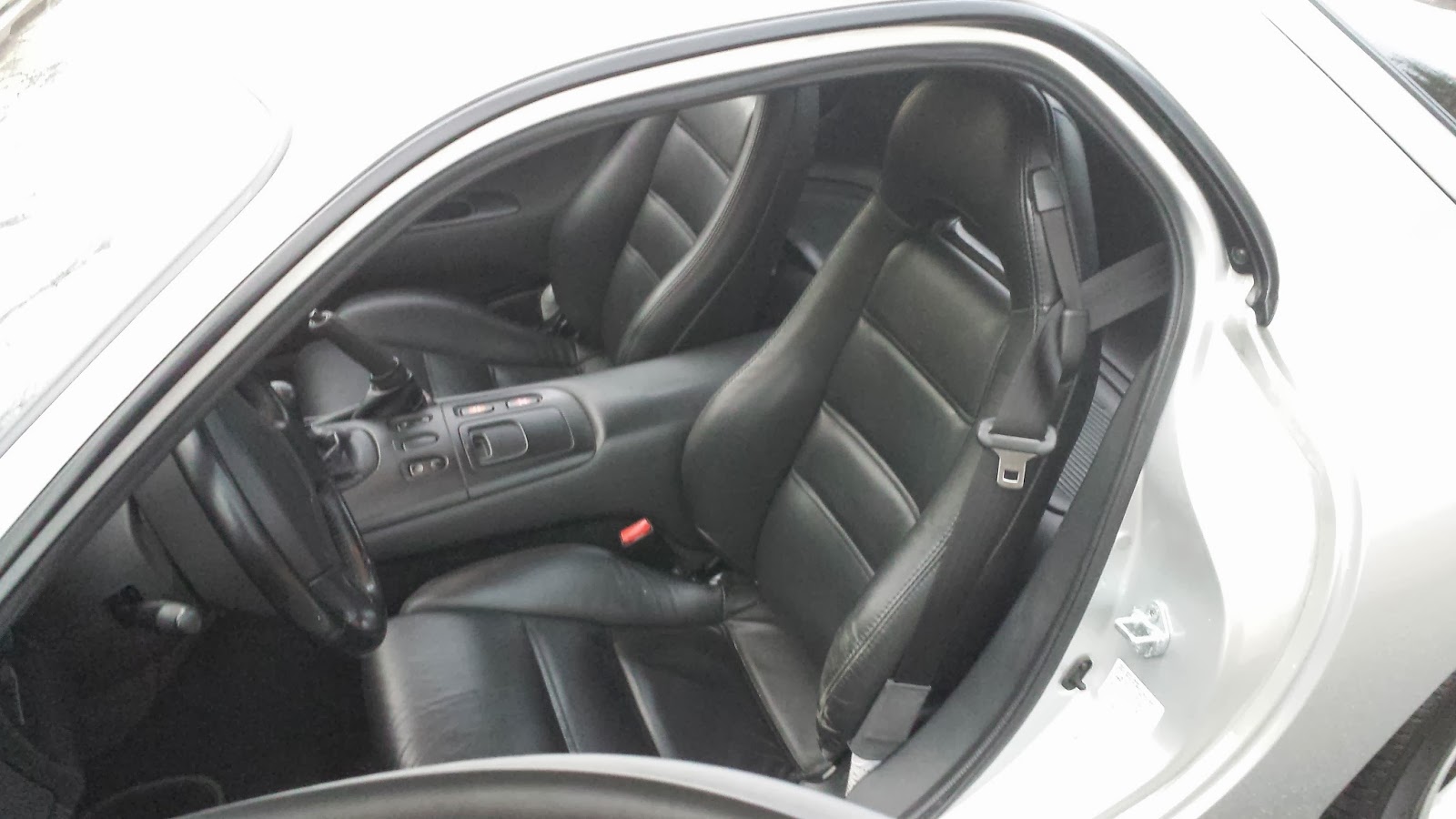 And so it begins. The next JDMphasis build is underway… I am really looking forward to this build. Please stay tuned.

JDMphasis… Innovation over Imitation
Posted by BP at 12:30 AM