Today I came across a thread on a forum where members were jokingly remarking upon the misspelling of "START" on Impul's start button. 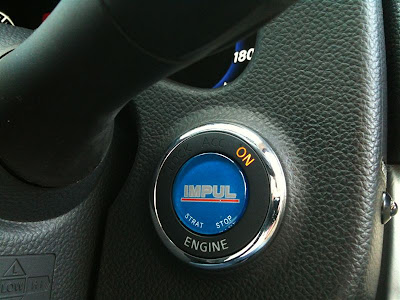 It made me consider Top Secret's monstrous misspelling, a topic of discussion on many automotive forums for years. My understanding is that, because there are few Top Secret employees well-versed in the English language, the misspelling of "ENGINEERING" was, quite simply (and innocently), overlooked during creation of their exhaust mold. Thus, all Top Secret exhaust tips are now permanently etched as such: 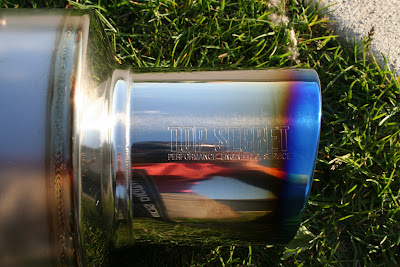 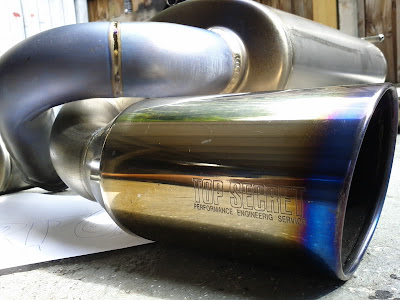 It is indeed humorous. However, it also serves as a reminder; an eye-opener... Something to consider. I have an uncanny ability to take just about any discussion involving JDM and revert back to the issue of replicas and knock-offs...

Many so-called enthusiasts are under the impression that these JDM companies are huge enterprises. That is not accurate. Many are small boutique-like companies with a handful of employees. (Varis is a prime example of this.) I don't believe it is a stretch to suggest that Top Secret is a company with which every Japanese tuning enthusiast is familiar. Yet, this misspelling of the word engineering somehow managed to slip through the cracks. It is now apparent on every exhaust tip that leaves the Top Secret factory. How could this happen?


Would that happen with, say, Apple?


Would it happen with Nike?


Would an epic mistake of these proportions happen with a product leaving the Coca-Cola Company factory?


Sometimes, in reading the commentary contained in the debates regarding JDM companies, I honestly believe some people actually think JDM companies like Top Secret, Varis, Do-Luck, Impul, etc... are on the same level as these global corporate powerhouses. Goodness. They are not.


The old adage that "time is money" applies to every company in every market in every part of the world. So when these JDM companies devote their time, as well as their money, resources, and energy into researching, designing, testing, developing, and prototyping parts only to be ripped off when they create a sought-after, killer design, it hurts. It hurts significantly - to the point that simply 'breaking even' is a challenge for these companies. They are then left to wonder if it is worth it to continue to build the parts we JDM-ophiles all love. The worst part of this? The better the design of the part they produce, the more likely they are to be undermined and, thus, become a victim of intellectual property theft.


Please do your part. Don't contribute to the destruction of JDM. Don't cut corners. Buy authentic.

JDMphasis... Innovation over Imitation
Posted by BP at 12:30 AM