"I want to get Bride seats... But I am still unsure if it's too ricey."
The term "rice" is open to interpretation. There is no steadfast definition by which to go when classifying something as rice. I had always thought that it was one of things that is explained simply with "You know it when you see it." However, after reading the above statement of a forum member, I believe the definition is slowly becoming lost on people, to the point where anything not within one's orb of personal taste earns the tag of "rice."
My definition?


Rice is a pejorative term used to describe any, mostly Japanese-made, vehicle featuring cheap, ill-conceived, non-functional modifications - often cosmetic. These modifications are frequently improperly installed. Usually yielding a false appearance of performance and speed, rice is a car generally driven by one not overly concerned with quality or details. I suppose, to be a bit more lax with my definition of "rice," the descriptive qualifiers gaudy, tacky, and cheap could also apply.


One could assert that I am not the one to be making this argument, as I could be considered biased, owning Bride seats myself. However, I have yet to see anyone else take this Bride-as-rice stance, so I feel compelled to address it. Open to interpretation and opinion, the term is subjective. Thus, what I loosely consider "rice," someone else might not. To me, simply, Bride should never be affiliated with rice. Bride's reputation speaks for itself. Bluntly, that suggestion is absurd. Knock-off Brides? That's another story...


In a forum filled with many misguided members praising corner-cutting and mediocrity, I suppose I should not have been surprised at the irony, moxie, and hint of hypocrisy inherent in that statement. The suggestion could certainly be made that authentic Bride seats (pick a model) with authentic brackets, rails and sliders would put a dent in the wallet of the overwhelming majority of my fellow forum members more significant than the combined dent rendered by the purchases of those cheap, ponderous wheels, the ever-so-popular knock-off body kits, and, yes, that revolutionary product in a spray can, Plasti-Dip.


Goodness. Something is not right here... Que Sera, Sera. 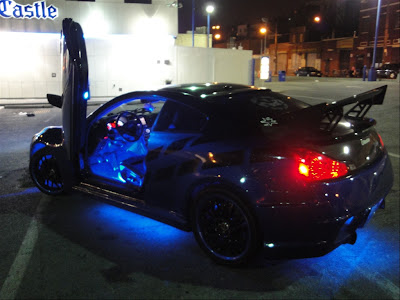