Project G37S: Lights at the End of the Tunnel

I received an e-mail update yesterday regarding the progress being made on the G. I understand the exhaust is now complete, the intakes are on, and the car has been tuned. Other than that, I was not provided with too much information. I believe Scott and the guys at Kaizen Tuning want the unveiling to be a bit of a surprise, so they are reluctant to keep me apprised of too much. Surprisingly, that is okay by me. I trust them... I should have the car back in my possession next week at some point.

Last week, as I was looking at the car from the front, aero complete, I found myself quite content with the new bumper. Aggressive, but tasteful. Not over-the-top at all. However, something was amiss...

I have always been averse to modifying my headlights for a couple reasons. The first being the concern of condensation. I have seen multiple sets of modified headlights resembling that empty water bottle that has been sitting for a few days - lenses hazy, riddled with tiny beads of water. That is not an issue I have ever found myself desiring. Thus, I have been hesitant to open up my lights. The other main concern is, quite simply, appearance. I do not particularly enjoy cars whose headlights are so busy that they steal focus from the rest of the project.

Putting my reservations aside, I took a deep breath and pulled the trigger on modifying the headlights. I believe that is the change the front end of the G needs to set it off nicely. Entrusting them to Scott's 'Light Guy,' Jason, my only instructions were "simple and clean." 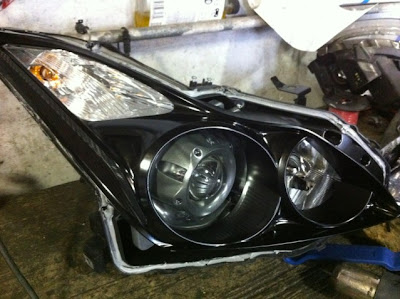 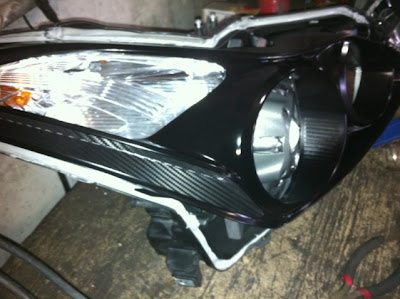 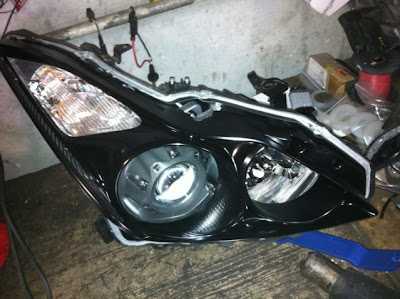 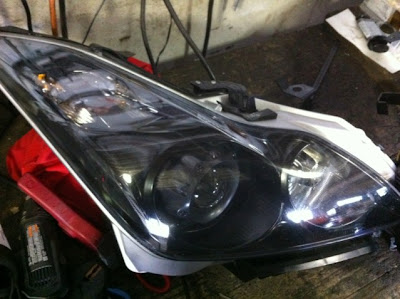 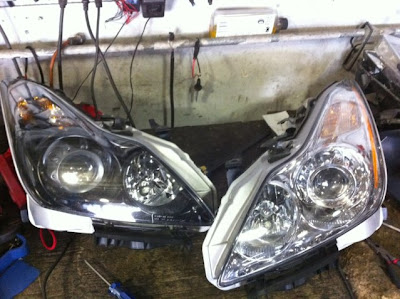