If someone had suggested that I would be considering any Version III aero components from VeilSide for my Z project, I do not think I would have taken them seriously. For those who may not know, the VIII aero is the aero used on the Tokyo Drift Nissan Z33 driven by DK. (Though it is not a route I would take with my own Z, I think I am one of the few who actually does not hate the aggressive VIII widebody when done correctly.) 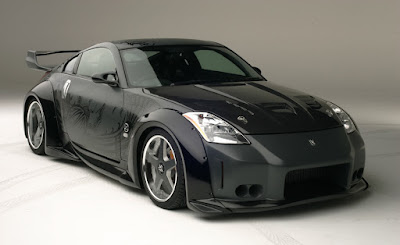 That said, I found myself looking for mirrors for this project. I love the Ganador mirrors, but learned that they have been discontinued. I searched and searched for a few months trying to track down a set, but I had no luck. I very seriously considered doing a set of Craft Square mirrors, but 1) I do not think they fit the theme I am going for with this project and 2) I feel like everyone has them. That is when I started looking around. ChargeSpeed makes a set for the Z33 that I considered, but they appeared too bulky for my tastes. Seen here: 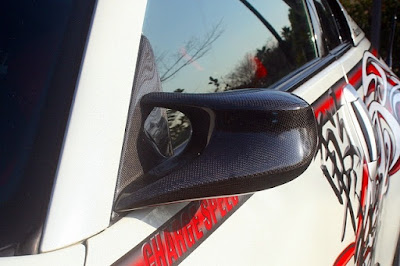 Mine's also had a set of Z33 mirrors that I really liked, but, you guessed it, discontinued as well. I will admit that I did not spend a significant amount of time searching for a set of these. They really are very sharp-looking! 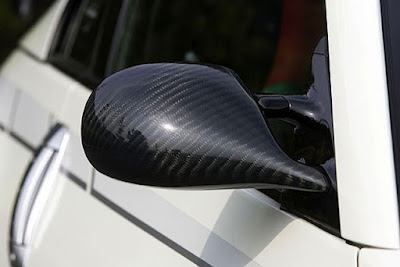 Another factor that I considered is that, though I like the look of the carbon and I will have other carbon fiber accents on the Z, I do not want carbon fiber mirrors. A little accenting, perhaps, but not full carbon. I want to paint the mirrors. So, I viewed paying for a set of full carbon fiber aero mirrors as, in some ways, a waste of money, as I knew I would be covering the majority of the carbon fiber. That is when I began looking into the VeilSide VIII mirrors. I very much like the small, sleek design. In an odd way, I feel as though they contradict the over-the-top style of the rest of the VeilSide VIII aero. Anyway, I believe they will go great with my vision for this car. I was able to track a set down and I am very happy with them. Though I am waiting on the rest of my aero to arrive before I do anything with the exterior of the Z, I cannot wait to get them installed! 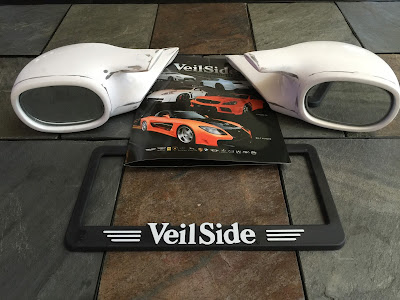 JDMphasis… Innovation over Imitation
Posted by BP at 5:00 PM